The Politics Of Discrimination

The Politics Of Discrimination And The Intrinsic Value Of Culture In Building Contemporary Plural Society
(Paper for “Culture and the Making of Worlds”, 3rd edition of the ESA Research Network Sociology of Culture, mid-term Conference, Milan 7th to 9th October 2010)
Anna Detheridge

Recent chronicles have brought to the forefront the resurgence of ethnic conflict in the city of Milan focusing on a new emergency at the Roma camp in via Triboniano which is currently home to over a hundred families around 600 people, almost half children.  According to the declarations of the Mayor Letizia Moratti and the Minister for Home Affairs, Roberto Maroni the inhabitants of the camp will be evicted within the month of October. The promise of the provision of social housing to a small number of families (around 25) has been withdrawn.

In her extremely illuminating study entitled simply Zingari (Gypsies), published in 2008   Anna Rita Calabrò dedicates the final chapter to the history of the present Milanese crisis citing precisely the Campo Triboniano as a  forseeable emergency. Her narration was sadly prophetic of the daily reports in newspapers  in September/October 2010 (at the time of writing).

What was presented in 2006 as a  model of intervention went completely off the rails, ending instead in a negative model of mismanagement on the part of local and national government
In Summer 2006  the Milan town council, Provincial authorities, Region of Lombardy and Prefecture signed an agreement for an organic plan to  solve the Roma question establishing a series of  measures. This initiative obtained positive press coverage at the time and the measures were considered a model of intervention not merely for Italy but even for the rest of Europe.

The main points of the agreement were the following:
–    The promotion and support of social relations with the aim of favouring the dignity of individuals with particular attention for those under age
–    The definition of a social contract or “patto di socialità e legalità” undersigned by all those families demanding hospitality from the Milan Council and  a promise to respect the rules, to accept scolarisation of children and  all forms of positive integration, the refusal of all forms of illegality  and exploitation.
–    Establishment of a task force of qualified operators able to monitor actions aimed at the recuperation of the entire area of Via Triboniano/Barzaghi.
The Triboniano camp was opened in November 2001  to house an agglomeration of illegal situations, including over 200 caravans.  By March 2002 it was largely insufficient with people camped outside,  creating problems of infrastructures, hygiene, security  due to overcrowding. Police controls were continuous but no measures of improvement were ever provided according to A.R. Calabrò. 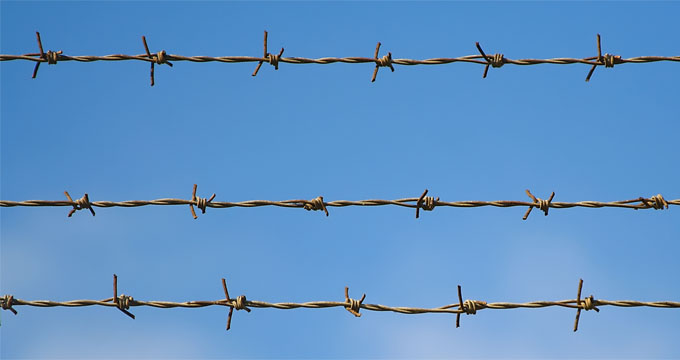