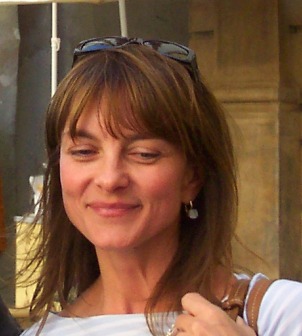 – transparency and prevention of corruption;

She was a Visiting Scholar at Columbia University (New York) with Giovanni Sartori. She is a member of the Italian Society of Political Science and of the Register of Independent Evaluation Bodies at the Ministry of Public Governance.

Since 2008 she is co-founder and honorary president of Fondazione Etica, which focuses on Public Administration assessment, transparency and prevention of corruption, innovation with social impact.

In 2015, she founded, and now chairs, the Public Rating Agency, dedicated to the development of a synthetic index for PAs.

Since 2017 she is Coordinator of the GovLoc Lab (Research Laboratory on Local Governments) of LUISS – Icedd.

She collaborates with the European Commission-DG Regio and with the World Bank-GPSA; with the Ministry of Public Governance, the Ministry of Regional Affairs, the PdCM – Agency for Territorial Cohesion, ANAC; with some Regions and Municipalities, as well as with Anci Lombardia and Leganet; with Caritas.

She has lectured for (selection) Eunomia – Scuola di Alta Formazione Politico Istituzionale, for the Federazione Nazionale dei Cavalieri del Lavoro, for Regione Lombardia, for World Bank, for ANAC, for Legambiente.

She has received recognition for Fondazione Etica from Confindustria, Cassa Depositi e Prestiti, Group of States against Corruption at the Council of Europe.

She was vice-president of CER (Centro Europa Ricerche).

She has collaborated with the UN as an analyst for the Holy See Mission in New York.

She is a member of Open Government Forum Italia, Astrid, Fondazione Italia Sociale, the Scientific Committee of ASES-CIA, the Forum Disuguaglianze e Diversità, and LIBenter.

Author of many articles and papers, her texts are periodically published by Il Corriere della Sera and by LUISS Open, as well as on Huffington Post, Italia Oggi and Il Riformista. She has spoken at numerous conferences, including international ones.

She has also published the following books (selection):

“Regions, an engine to be repaired“, P.Caporossi, Rubbettino Ed., 2021

If you want to write to her: [email protected]